Volunteers are needed for all AIAA activities, please contact

“Gone But Not Forgotten, The Test Stands for the Rocket Engines of Apollo”
Before they lofted the Saturn launch vehicles into space and landed the Lunar Module on the Moon, the rocket engines in these vehicles had to be tested on the ground. This was first done on test stands at Santa Susanna, Inglewood, and San Juan Capistrano California before moving on to Edwards Rocket Base and NASA facilities. These original stands are mostly gone now but they appear again in the pictures of this presentation. Jim French worked on these engines and test stands and shares his memories of those days. 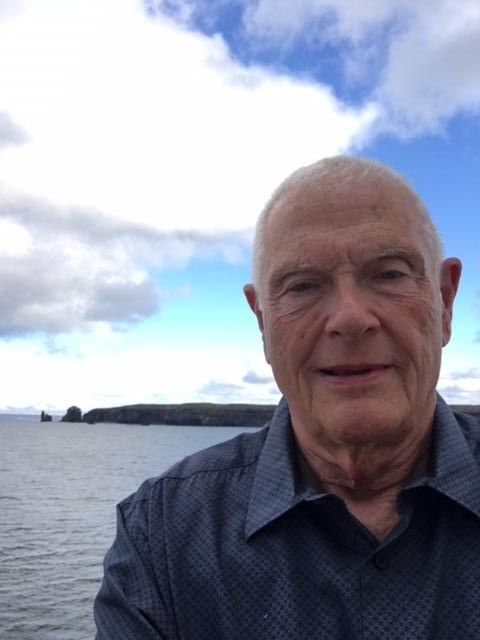 James R French graduated from MIT in 1958 with a degree of BSME Specializing in Propulsion. While at MIT, Mr French became the Founding President of the MIT Chapter of The American Rocket Society, an AIAA predecessor. In the ensuing years he has pursued additional education both in technical subjects and management.

Upon graduation, he accepted a job with Rocketdyne Div. of North American Aviation and during a 5 year employment, worked on developmental testing of H-1 engines and combustion devices hardware for F-1 and J-2 engines used in Saturn 5. He was also involved in various experimental programs. Moving on to TRW Systems, Mr. French was Lead Development Test Engineer on the Lunar Module Descent Engine and was responsible for bringing on-line the High Altitude Test Stand use for all-up LMDE testing at TRW’s Capistrano Test Site. He also was involved in experimental testing of exotic propellants.

After leaving TRW as propulsion work ran down, Mr. French joined the Jet Propulsion Laboratory where he worked on testing and launch vehicle integration for Mariners 5, 6, 7, 8, and 9; Viking 1 & 2 and Voyager 1 & 2. Mr. French was Advanced Planetary studies Manager for JPL for several years as well as Chief Engineer for the SP-100 Space Nuclear Power System. He was Chief Engineer of a RTG powered Mars Rover study for a vehicle essentially identical to Curiosity.

Since leaving AMROC in 1987, Mr. French has been consultant to a variety of aerospace companies, SDIO, NASA, and USAF. As a consultant to SDIO he functioned as the government’s chief engineer on the DC-X project. He has participated in various startup companies in the private space flight arena and currently consults extensively to Blue Origin, a company in which he has been involved since its beginnings. He has worked with Project Icarus investigating interstellar missions. His current efforts draw primarily upon his extensive experience in rocket propulsion development and operational aspects of launch vehicles.

Mr. French is co-author with Dr. Michael Griffin of the best-selling text Space Vehicle Design, published by AIAA. For over 20 years he taught a 4 day short course, mostly through AIAA, on the same topic. The second edition of the book has received the Summerfield Book Award for 2008. Mr French is also the author of Firing a Rocket, a reminiscence of testing rocket engines for the Apollo missions.

Mr. French is a Fellow of both AIAA and the British Interplanetary Society and a 60+ year member of AIAA. He has held several Technical Committee and other posts in AIAA. In 2018, Mr. French was named Engineer of the Year by the Orange County Section of AIAA.

At USC David specializes in developing innovative technologies and architectures for 2nd generation space morphologies, rendezvous and proximity operations technologies/techniques, and hands-on projects with students, faculty and staff through an “engineering teaching hospital” construct. The SERC created and launched USC’s first two Cubesat’s into space in 2010 and 2012. Over 200 students have graduated through the SERC’s hands on training capabilities and every summer hosts US and international student interns. SERC is currently the technical arm for a national and global standards development push for commercial rendezvous and servicing missions (CONFERS), creating a larger re-usable Lunar Lander simulator project, and has the third USC Satellite flight planned for Summer 2019.

David was most recently a senior space Project Manager at DARPA, pioneering cellular spacecraft morphologies, satbotics, space robotics and low cost high volume manufacturing on the Phoenix and SeeMe projects. He represented the first DARPA space project at the United Nations COPUOS in Vienna Austria addressing new technology pushing the need for updates to space regulations and policy issues for next generation missions.

Prior to USC and DARPA David helped initiate two commercial space companies; co-founding and serving as Vice President and CFO for Millennium Space Systems in Los Angeles CA; and was the youngest elected member of a three-person international Executive Management board for a German startup in Bremen, Vanguard Space, one of the first companies working commercial spacecraft servicing.

David started his career as a civilian for the Air Force Research Labs spending over 13 years helping to birth several notable innovations in micro-miniature electronic technologies, micro-chemical/electric propulsion systems, some of the first small satellites for remote observations, and the first independent RPO missions.

He graduated from the University of California Berkeley in 1958 with a BS in chemical engineering and a subsequently an MS in engineering from California State University, Northridge. After a short one year at Rocketdyne he moved to The Marquardt Company and after many company name changes retired from Aerojet in 2011. During his more than 50 years he was a project engineer, program manager, chief engineer, chief scientist, rocket systems director and director marketing. His specific engineering specialties included heat transfer, thermodynamics, mechanical design and chemical engineering.

In the early 1960’s he was heavily involved in the Apollo reaction control engine (Model R-4D) development and qualification subsequent to his co-authoring a report for NASA on the design of liquid rocket Engines. His primary duties during that time period as manager of the Marquardt development group was to insure the reliability of the Apollo engine through extensive off limit testing.

His many subsequent achievements include:

250,000 miles a Proper Social Distance?
– The Aerospace Industry was a significant developer of the Contamination Control Technologies and Techniques used today. 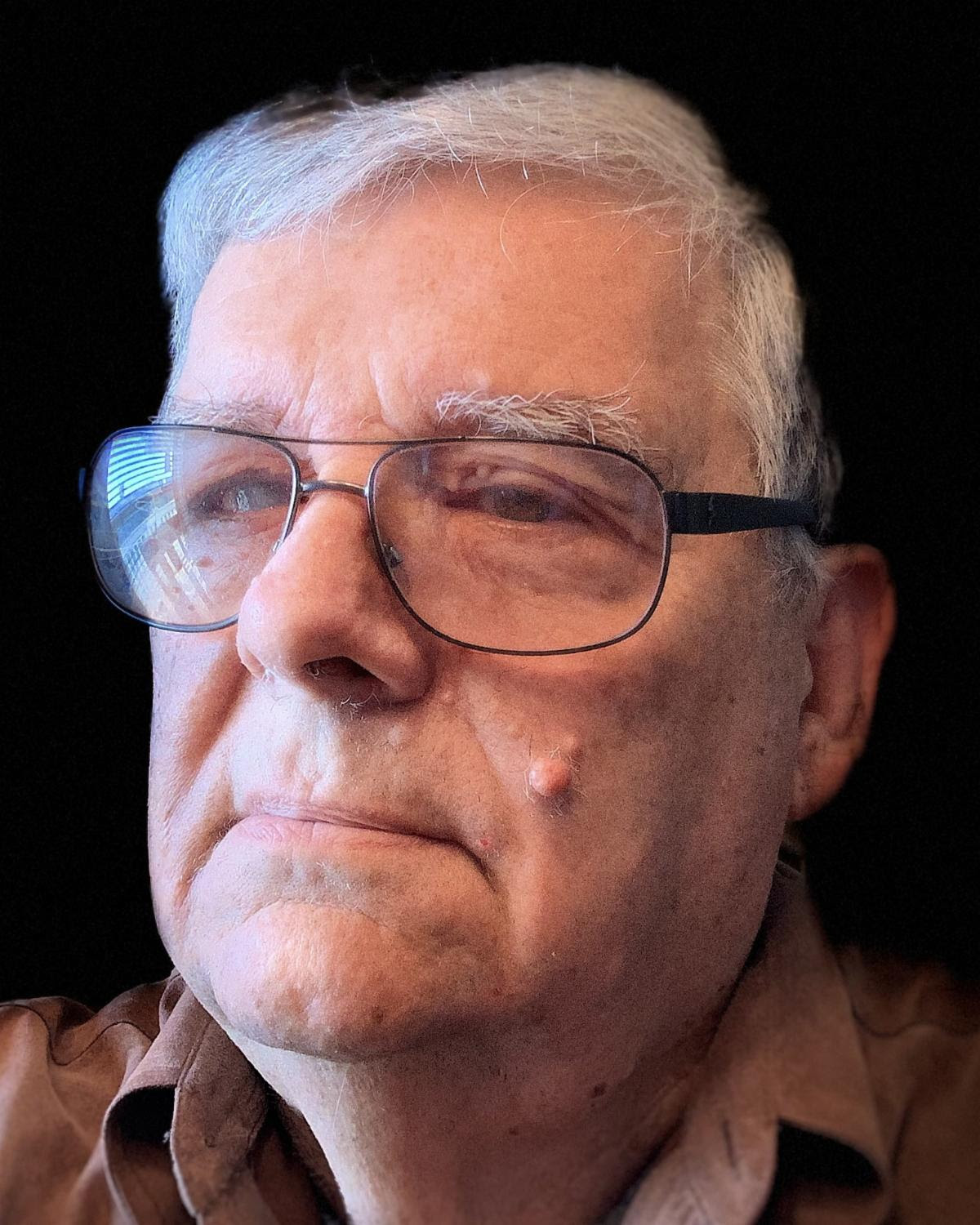 Gerald Blackburn
North American Rockwell – Retired,
Engineer, Project Manager, Boeing Corporation,
Founder and CEO of Tinkers Corner LLC
Gerald is an engineer and was a Project Manager with the Boeing Corporation. He has been in the Aerospace Industry for over 40 years. His career has spanned the entire manned space program from the X-15 at North American Aviation to the Apollo, Saturn SII, Space Shuttle and International Space Station Programs.
His proactive leadership in business and education partnerships is widely known. Gerald has taught at the California State University in Los Angeles, University of Southern California and Cerritos College. He has been an active member of several business and education advisory boards and served on the California State Department of Education Advisory Committee for Career Technology Education.
Gerald is also a professional international speaker on the history and programs of the Aerospace Industry of Southern California. He is author of “Downey’s Aerospace History” by Arcadia Publishing.
Mr. Blackburn has an MBA from Pepperdine University and is a native Californian.
He is a Director of Columbia Memorial Space Center Foundation and Past President and Executive Advisor of the Aerospace Legacy Foundation developing historical preservation and outreach projects.
Gerald is the Founder and CEO of Tinkers Corner LLC
a STEM education resource company in Southern California.
He enjoys spending time with his seven grandchildren and traveling with his wife Kathy.
Contact: blackbga@yahoo.com 562.447.5552c